On the point of re-examination of SPC term #2 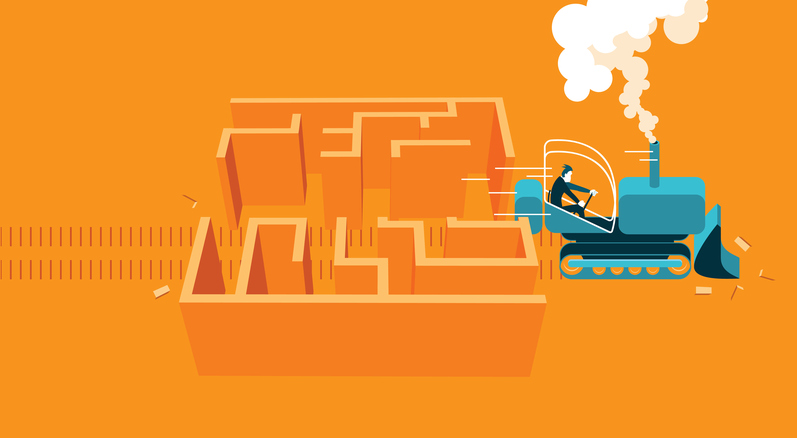 As previously addressed in a Newsflash from Awapatent, the Swedish Patent and Market Appeal Court handed down several decisions on 4 October 2017, in appeal cases regarding re-examination of SPC. This article is a sequel to the AWA Point published on Monday 23 October 2017.

Following the Court of Justice of the European Union (CJEU) judgement in Seattle Genetics (C-471/14), requests for re-examination or appeals to granted SPCs have been lodged all over the EU, and the cases have had very different outcome.

In Sweden, SPC holders requested re-examination of granted SPCs mainly based on administrative law, a remedy available under certain circumstances also when the decision is no longer open for appeal. Upon rejection from the Swedish Patent and Registration Office, 16 decisions for re-examination were appealed and, in October 2016, tried by the Patent and Market Court.

The Patent and Market Court found that re-examination under general national administrative law was not possible, because a decision to grant an SPC has an effect not only on the applicant but also on an unknown number of other parties which have interests in conflict with the applicant’s. And decisions to which there are parties with conflicting interests cannot be re-examined and changed with respect to legal certainty for the parties – one party will always be negatively affected by a change of the decision.

The main issue of the appeals to the Patent and Market Appeal Court (PMÖD) therefore was if it is possible to re-examine the applications under national administrative law and administrative procedural law.

The PMÖD initiates their reasoning on this matter with saying that the general rule of administrative law is that decisions which are positive for the applicant have adamant legal force and cannot be changed, whereas decisions which are negative for the applicant never become final and therefore may be re-examined. However, the PMÖD disagrees with the Patent and Market Court with regards to the nature of the SPC applications. A decision to grant an SPC is positive to the applicant, but in the cases at hand the request for re-examination aims at seeking a more favourable decision. The general principle of legal force does not prohibit changing a decision to the applicant’s advantage. Therefore, with respect to the SPC term of duration, the decisions to grant the application shall be handled under the principles applicable to rejections, the PMÖD says. Further, SPC applications are one-party-requests and the fact that a re-examination can have economic consequences for a third party is not a special circumstance which motivates a deviation from the general rule of administrative law. The third-party interest does therefore not render the application of re-examination inadmissible. Instead, the balance of interests shall be considered within the re-examination.

After these findings, the PMÖD re-examines the SPC application with regards to the duration of the certificate. It is first noted by the court that the decisions to grant were wrong, in the light of Seattle Genetics. The re-examination of the decisions must nevertheless be made in view of the third-party interest of adamant decisions. Therefore, re-examination must include a balancing of interests, where the interest of a substantially correct decision is weighed against the interest of legal certainty for third parties, the court says.

The PMÖF exemplifies with legal provisions within the intellectual property laws where the respect for third-party legal certainty is a counterweight to the interest of the rights holder. Prior user rights are mentioned, as are interim provisions when laws are changed.

With regards to companies producing generic medicines, the importance of foreseeability with regards to patent expiration dates are brought forward. In the opinion of the PMÖD, a generic company should, in principle, have a greater need for foreseeability closer to the patent expiry date, to plan its dispositions on the market. Therefore, the interest of generics companies cannot prevail without considering the length of time before patent expiry. In this context, the following reasoning from the PMÖD is interesting.

However, in one-party cases such as this one, it is not doable to delineate in each specific case when producers of generic drugs actually have made plans and taken actions to prepare for the expiry of the exclusivity. Instead, the balance of interests must be made from the outset of a factor of time which can be widely applied.

The PMÖD then finds that when the patent has expired and the SPC has entered into force, it must be considered that generic companies may have complied with the decision and acted with respect to the assigned expiry date. In the interest of foreseeability, an entry into force of an SPC therefore speaks against a rectification of the expiry date. Before such time, the interest of the patentee to receive a longer SPC duration generally prevails.

It is clear from the decision that the PMÖD has no legal basis for choosing the date of when the SPC comes into force as the cut-off date for allowing rectification of the SPC duration. Rather, the PMÖD has looked for a widely applicable time factor to create a rule which is practical for handling these requests for re-examination. Considering that the cut-off date is found within the process of balancing interests, it must be understood that the court intends to apply a rule which is fair to all parties. But are the effects of the chosen cut-off date fair?

The duration of an SPC may vary from no actual patent term extension (yes, there are negative SPC terms) to five years from the expiry of the patent. Thus, when the patent expiry is applied as the cut-off date for rectification of the SPC, a generic company will have from zero until five years after the patent expires to prepare for a change of the planned market entry. For example, if the SPC granted has a twelve days duration and the patentee applies for a re-examination one week before the expiry of the patent, the generic company will have 19 days to comply to a possibly longer SPC duration. On the other hand, if the SPC duration is five years, the generic company will probably not have taken any action to enter the market and will not suffer any losses for actions taken, even if the patentee requests a re-examination on the last day of the patent term. Hence, the effect will be very different in the different situations.

So, is there any option for a cut-off date which would be more fair, or even have a legal basis?

Only a few countries in the EU have rejected a rectification of the SPC duration post Seattle Genetics. Most countries have allowed prolonging the SPC duration. It seems highly unlikely that a generic company would prepare for market entry in Sweden a few days before market entry in practically all other EU countries, especially since the issue of SPC rectification has been unsettled and uncertain ever since Seattle Genetics. But if this there was such an occasional case, could the balancing of interests have been left to the infringement court in case of a possible claim on a generic company for infringing during the extended days of SPC protection? This would have allowed the PMÖD to rectify the SPC duration in all cases, and if a generic company later proved they did not have reasonable time to change its plans for entering the market to comply with the rectified SPC duration, should this not be a factor considered by a court when deciding upon any damages payable? Such application of the law would have fit in nicely with the limitations to enforceability and damages mentioned above.

It is always easier to judge in hindsight, but, unless changed by the Supreme Court, the outcome of this specific balancing of interests will remain as a question mark in the margin of my copy of the decisions.

The decisions from the PMÖD may be appealed to the Swedish Supreme Court until 25 October 2017 (leave of appeal is required).