On the point of re-examination of SPC term #1 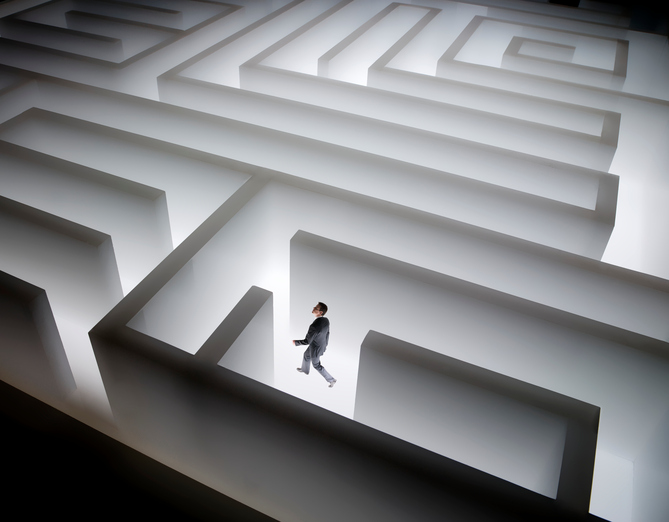 Reflections on the Swedish Appeal Court’s reasoning regarding Article 17.2 of the SPC Regulation

As previously addressed in a Newsflash from Awapatent, the Swedish Patent and Market Appeal Court handed down several decisions on 4 October, 2017, in appeal cases regarding re-examination of SPC.

Requests for re-examination, or appeals to granted SPCs, have been lodged all over the EU following the Court of Justice of the European Union (CJEU) judgement in Seattle Genetics (C-471/14), and the cases have had very different outcomes.

One of the issues dealt with differently in different EU member states, is whether it is possible to file an appeal to a granted SPC to rectify the duration of the certificate post Seattle Genetics. If so, is such an appeal open even if the decision to grant the SPC has become final, i.e. regardless of any national provisions on appeal deadlines.

Previous to the CJEU decision on Seattle Genetics, the Dutch State Council, in an appeal to a decision from the District Court of the Hague, tried a case on the scope of Article 17.2 of the SPC Regulations (judgement 201406096/1/A3, February 18, 2015, Syngenta Participations AG). Syngenta had requested to extend the duration of an SPC for the product thiamethoxam which was granted in 2005. The patent office (Octrooicentrum Nederland) found the request inadmissible.

The State Council agreed with Syngenta that the case must be deemed to fall within the scope of Article 17.2 of the Regulation. It reasoned that established case law from the CJEU holds that the interpretation of a provision of the SPC Regulation must not be based solely on the wording of the provision, but that the overall scheme and objectives of the system of which this provision forms part, must also be considered.

With reference to the explanation of the preparatory works preceding Article 17.2 of the SPC Regulation 1610/96 (Common Position (EC), no. 30/95, adopted by the Council on 27 November 1995; OJ 1995 C-353/36), the State Council held that Octrooicentrum Nederland was wrong in finding Syngenta’s request inadmissible. The objective of adding paragraph 2 to Article 17, as expressed in the Common Position, is to introduce a separate appeal in case an incorrect duration is set for an SPC upon grant due to an incorrect date of first marketing authorisation in the Community.

Article 17.2 does not prescribe a time limit for filing this appeal and, contrary to Article 17.1, does not include a reference to appeals under national law. In introducing the appeal in paragraph 2, the European Council considered it important that the relevant authorities do not check whether the date of the first authorisation used to calculate the expiry date of the certificate is correct. A considerable period of time may have elapsed from granting the certificate before it becomes clear that the expiry date of the certificate is incorrect. This creates an even greater necessity to be able to make a rectification after the appeal periods under national law have expired, the State Council said. From this, it must be inferred that the purpose of Article 17.2 was to introduce an appeal that is not subject to a time limit.

Further, the rectification possibility would become pointless in the case at hand if an appeal under Article 17.2 was to be subject to a time limit. Therefore, given the objectives of the SPC Regulation, as clarified in the case law of the CJEU and the explanation of the European Council in the Common Position, an appeal within the meaning of Article 17.2 of the SPC Regulation must not be subject to a time limit.

Following this decision, the Octrooicentrum Nederland has rectified SPC durations post Seattle Genetics upon request from the SPC holder, on the legal basis of Article 17.2.

The case has been very different in Sweden. Post Seattle Genetics, SPC holders had requested re-examination of decisions to grant SPC, where the grant decisions had become final. Upon rejection from the Swedish Patent and Registration Office, 16 decisions were appealed and, in October 2016, tried by the Patent and Market Court. In the relevant decisions, the court reasoned from the outset of appeals being permissible under national law only if the decision is detrimental to the applicant. Article 17.2 shall be understood as being a specific procedural provision with the objective of permitting a right to appeal, in spite of the decision to grant being in favor of the applicant. In all other respects, the relevant court shall, under Article 17.1, apply national procedural rules. National appeal deadlines and provisions on legal force therefore limit the availability of appeal provided for in Article 17.2.

When eight of the 16 decisions were tried by the Patent and Market Appeal Court (PMÖD) on October 4, 2017, the court scrutinised whether Article 17.2 of the SPC Regulations is basis for such re-examination as had been requested.

The PMÖD initially noted that the question of whether this is the legal basis for re-examination of a decision which is in force, must be decided in the light of general legal principles of the EU on the distribution of competences between the EU and its member states with regards to the area of administrative procedural law. The overall principle on national institutional and procedural autonomy provides, as a main rule, that the EU has no legislative competence in the areas of procedural and administrative law. However, if necessary to fulfill the objectives of the treaties, the EU may use secondary legislation to impose certain procedural rules on the member states. This means that the EU, in directives and regulations with the purpose of establishing an internal market, has the power to regulate how national authorities shall handle cases within the scope of such legal acts.

The PMÖD pointed to the articles in the SPC Regulations which refer to national legislation regarding the handling of an SPC application and of an appeal. Exempt from the principle on national institutional and procedural autonomy is the procedural provision in the SPC Regulations that opposition procedures are not applicable to SPCs. Also, the availability of appeal is at least partially regulated in Article 17.2 of the SPC Regulation 1610/96. The wording of Article 17.2 does not support an interpretation other than a right to appeal a decision of an authority where the date of the first marketing authorisation is incorrect. Neither does the preamble of the SPC Regulation imply that the objective of Article 17.2 is to provide for administrative re-examination, review, or other extraordinary remedy to change a decision which is final.

The PMÖD found no support in Hässle (C-127/00) – or in any other decisions from the CJEU – to interpret Article 17.2 as allowing re-examination of older decisions based on later developments in the law.

The fact that Article 17.2 is an exception from the principle on national procedural autonomy means that it shall not be interpreted as being wider than expressed in its actual wording. The PMÖD therefore found it clear that the SPC Regulations do not impose a requirement on the national authorities to re-examine decisions on SPC duration when such decisions have become final.

It is apparent that the two appeal courts have taken a very different view on the matter of understanding the scope and applicability of Article 17.2. The Dutch court has paid extensive interest to the preparatory works and objective of the SPC Regulations as such, whereas the PMÖD has focused on the division of competence within the EU.

To make things more interesting, the Hungarian Court Fővárosi Törvényszék lodged a request for a preliminary ruling with the CJEU on September 14, 2016, in a case between Incyte Corporation and Szellemi Tulajdon Nemzeti Hivatala (C-492/16).

In this request, two questions are referred to the CJEU which may be understood as follows.

The Dutch and the Swedish appeal courts would seem to answer these questions quite differently. In fact, they already have done so. The Dutch State Council said that it is appropriate to interpret Article 17.2 such that a request to change the duration of the SPC may be submitted under the provision, if the term was based on an incorrect date for the marketing authorisation. That interpretation would do justice to the objectives of the Regulation and the provision in Article 17.2, according to the State Council. Also, it would follow from the State Council’s reasoning that the appeal deadline under national law is not applicable to appeals made to rectify an SPC duration under such circumstances. The PMÖD on the other hand, has been explicitly clear in that – based on the principles of division of powers within the EU, and specifically with respect to national institutional and procedural autonomy – Article 17.2 must be interpreted only within its wording. Since there are no pointers to say that the provision shall be understood as limiting the national powers on administrative procedural law, national legislation on appeal deadlines apply to appeals under Article 17.2. Also, the PMÖD specifically reasons that Article 17.2 does not provide for administrative rectification. Hence, it would follow from the PMÖD’s reasoning that Article 17.2 cannot impose upon the member states a requirement to rectify a decision so that it complies with Article 13.1 post Seattle Genetics.

To top this up, there is a substantiated reasoning from the Swedish PMÖD with regards to rectification under general EU legislation. The court found that under certain circumstances, these being set out by the CJEU in Kühne & Heitz (C-453/00), there is an obligation to rectify a decision if such rectification is available under the relevant national law. Such circumstances were however not at hand in the cases before the PMÖD.

It remains to be seen if the CJEU will settle these questions once and for all in the Incyte case referred to above. The case was heard at the CJEU on October 11, 2017, but no decision has been handed down yet.

The decisions from the PMÖD may be appealed to the Swedish Supreme Court until October 25, 2017 (leave of appeal is required).