Are companies in control over influencer marketing? 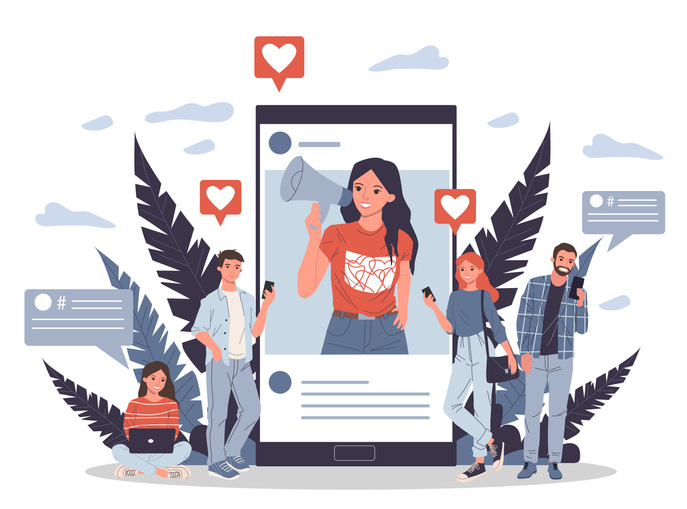 A recent judgement from the Swedish Patent and Market Court of Appeal demonstrates under what conditions an influencer’s posts can be regarded as commercial content and be subject to the Swedish Marketing Act despite not being explicitly included in the agreement between the influencer and the brand owner governing a marketing campaign.

Influencers use social media to express their opinions and provide recommendations to their followers without compensation (editorial content). At the same time, influencers produce paid content on behalf of or in partnership with companies (commercial content).

It is important to distinguish between the two as commercial content is subject to the Swedish Marketing Act, which includes an obligation to identify the content as advertising. A central question is how to define what content is made on ‘behalf of a company’ and which content is not?

This question was the subject of a recent judgement from the Swedish Patent and Market Court of Appeal (PMT 2479-20) between a famous Swedish influencer and the Swedish Consumer Authority.

In influencer marketing the question of what can be considered content ‘on behalf of a company’ is relevant for both parties, with the company always responsible for the advertising of its products and influencers – who are typically said to have a responsibility for complicity (Sw. medverkandeansvar) considering they are producing the content i.e. the advertising.

In this case, the Court assessed to what extent an influencer’s posts showing a company’s eyewear that had been created in connection with an all-expenses-paid trip could be considered advertising on behalf of the company.

The Court issued an injunction prohibiting the influencer from contributing to the advertising of eyewear on social media without properly identifying the posts as advertising under a penalty fine of 500,000 SEK (59,000 USD).

Relevant for the Court’s assessment was what had been agreed by the parties, the scope of said agreement and what factors contribute to the finding that a post on social media is advertising and not editorial content.

The Court concluded that both explicit and implicit agreements are relevant to define the scope of an influencer’s assignment. In the case before the Court, an eyewear company offered the influencer an all-inclusive trip to Zanzibar in January 2017 to produce content for the coming spring/summer.

The company asked the influencer to refrain from posting on social media until March/April 2017 to fit better with the company’s sales plan. In addition to this explicit agreement, the question was if the parties had entered into an additional agreement according to which the influencer should publish the minimum agreed posts, but could also publish additional posts.

The Court concluded that they needed to make an overall assessment of what had been agreed between the parties in which the written agreement should be seen in the light of the paid compensation, additional benefits for the influencer, the purpose of the assignment and the involved parties’ actions.

The Court concluded that the agreement between the influencer and the company has a wider scope than what had been explicitly agreed between the parties. Relevant for the Court’s assessment was the fact that the trip was a central and necessary part of the assignment considering that it was organised and paid for by the company to photograph the influencer with the company’s products for advertising.

The Court also found that it must have been clear to all parties involved that posts from the trip that could be associated with the company would be positive and promote the sales of its products.

Despite the company asking the influencer to refrain from publishing the agreed posts until a later date, the company sent the influencer photographs for use on her social media (unrelated to the explicitly agreed three posts), which, according to the Court, indicated that the agreement reached beyond the three posts. Furthermore, the influencer identified some of the additional posts as advertising, which served as further evidence that the posts were in fact advertising according to the Court.

The Court concluded that depicting the company’s eyewear in a post on social media is not sufficient to categorise it as advertising since the product cannot be linked to the company from the image alone.

Although this case did not concern the company’s responsibility as such it serves as a useful reminder of how far-reaching the obligations of the Swedish Marketing Act are. While entrusting your brand with an independent influencer can of course have huge benefits, it also comes at a risk and if not considered carefully you can run the risk of losing control over your influencer marketing.

As a company you need to remember that you are responsible for the advertising of your products and as a result, it is in your interest to clearly define expectations and compensation (be it monetary or otherwise) before you engage an influencer.

It is worth mentioning that the Swedish Marketing Act includes several obligations in addition to identifying commercial content as advertising. For example, it includes a ban against the use of claims that cannot be substantiated.

As has been seen by recent case-law the use of claims such as ecological (organic) and climate-friendly require substantial evidence and in practice, it seems that very few companies have the necessary evidence to support these types of vague and ambiguous claims.

It is therefore important that influencers you wish to engage with are aware of what claims they can actually make about your products.

Considering the above, we recommend all brand owners who want to engage in influencer marketing (or who already do)

The content is a general description of informative native and should not be used as legal advice for the assessment in an individual case.

Why brand owners should start preparing for blockchain domain names

Blockchain technology is part of the Web 3.0 revolution, founded on decentralisation, privacy and individual ownership. It goes against