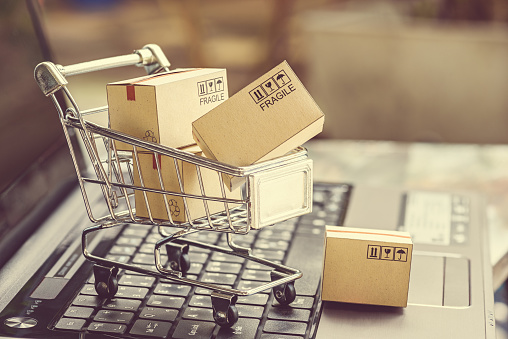 The European Union Intellectual Property Office (EUIPO) has recently released a report based on phase two of a study concerning intellectual property infringements online. In the first phase, a qualitative study was conducted to investigate the different methods used for such infringements. It was followed up by the second phase, a quantitative study, in which a method was analysed in greater detail. The method analysed in phase two, was one where domain names had not been renewed by the previous owner and re-registered by infringers to utilise the accumulated traffic for their trademark infringing e-shops. It was found that suspected trademark infringement occurred on a larger scale than previously expected.

Henrik Bjørner, a Danish cybercrime expert, had conducted a similar study on domain names registered under the Danish national top level domain .dk. In Henrik Bjørner’s study, it was found that .dk domain names which had not been renewed by a holder were consequently de-registered and then re-registered by suspected infringers. Another interesting finding was that the wording of the domain name in many cases was unrelated to the content of the new website and that the domain names were registered for the primary purpose of utilising the traffic – established by the previous holder – to the domain name. EUIPO built on this study to investigate if similar patterns were to be found under four other national top level domains (TLD) in the EU, namely .se (Sweden), .de (Germany), .uk (United Kingdom) and .es (Spain).

5.4 % of all web shops suspected of trademark infringement

In total, more than 21 million domain names used for web content were found under the investigated four TLDs, of which 515 452 were identified as presenting an e-shop to the visitor. EUIPO then looked closer at these e-shops and 27 870, or 5.4 percent, of them were suspected of trademark infringement. This rate varied among the TLDs from 2.9 percent in the .de TLD to as high as 9.5 percent in .se. On average, 75.4 percent of the e-shops suspected of trademark infringement used a domain name previously used by another holder.

The fashion industry appears to be targeted by the infringers. Specifically shoes (67.5%) and clothes (20.6%) are the main categories on the suspected e-shops.

How to combat this problem

The findings by EUIPO suggest that the number of entities behind this scheme is relatively low, maybe just one or a handful. Hopefully, that will make things easier for the affected trademark holders and authorities to shut down the infringing e-shops. On the other hand, it shows the ease with which very few can conduct trademark infringements on a large scale. It highlights the importance for trademark holders to monitor the internet for infringing activities. The fact that the wording of many of the domain names is unrelated to the content of the e-shops, lets us know that we need not only to monitor domain name registrations but also web content.

If you have domain names which you no longer wish to keep, it might be a good idea to let them cool off for a period before they are de-registered. This can be done by deactivating the domain name in the DNS, so that it becomes unresolvable on the web. Hopefully such measures will reduce the interest in the domain name for second hand use by trademark infringers.

Want to know more about domain names? Please contact Dotkeeper and we will be happy to assist you.