On the point of re-examination of SPC term #3 – End of discussion? 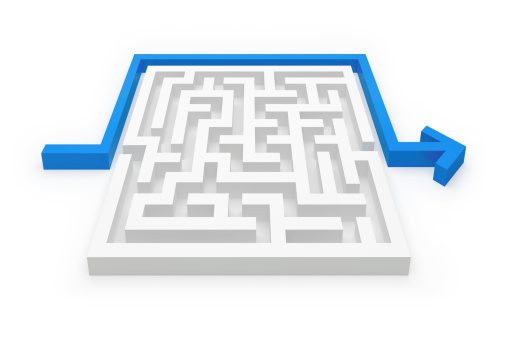 Reflections on the Court of Justice of the European Union’s interpretation of Article 17.2 of the SPC Regulation

As previously addressed in a Newsflash from Awapatent, and in two previous entries, the Swedish Patent and Market Appeal Court handed down eight decisions on 4 October 2017, in appeal cases regarding re-examination of SPC term. The decisions have been appealed, but the Supreme Court has not yet decided on whether to allow leave to appeal. Meanwhile, the Court of Justice of the European Union (CJEU) has issued a preliminary ruling on the interpretation of Article 18 of the SPC Regulation 469/2009 and of Article 17.2 of the SPC Regulation 1610/96 (the later which is also applicable to SPC Regulation 469/2009). The CJEU case is referred to as Incyte(C-492/16).

The underlying legal cause to Incyte is the same as the legal cause behind the eight cases in Sweden, all being related to Seattle Genetics (C-471/14) on how to calculate the SPC term. In Seattle Genetics, the CJEU held that the ‘date of the first authorisation to place the product on the market in the [European Union]’ within the meaning of Article 13.1 SPC Regulation 469/2009, is the date on which notification of the decision granting marketing authorisation was given to the addressee of the decision. Up until that point in time, many patent offices around the EU, if not most, had calculated the SPC term on the date of grant of the marketing authorisation, and patentees have since requested changes to previously issued SPC terms.

The legal questions of the cases which are before the two courts are not the same, and it is therefore not quite fair to compare the two decisions. However, as the patentees’ underlying requests are the same – i.e. a recalculation of the SPC term to meet the correct application of Article 13.1 – one may still find a comparison interesting. Below are three points of the decisions to which the courts had different views.

Does the national authority decide the SPC term?

In Incyte, the CJEU re-read Article 13.1 of the SPC Regulation and came to the opposite conclusion. The duration during which the SPC granted “shall take effect” is wholly determined by the application of the detailed criteria laid down by that provision, and the relevant authority enjoys no degree of discretion in that regard. The SPC is to lapse on the date given in Article 13 and not on a date to be determined by the authority which grants the certificate.

In its substantially reasoned decision on Swedish administrative law, the Patent and Market Appeal Court first considered the character of SPC applications. The Patent and Market Court had taken a view that decisions on SPC applications are final at the end of the appeal term, as they affect third party interests in a way that make them similar to civil disputes. The Patent and Market Appeal Court disagreed, and said that SPC applications are one-party cases which may be re-examined within the administrative procedure. A balance of interests must however be made, where the interest of a substantially correct decision shall be weighed against the interest of legal certainty for third parties. When the patent has expired and the SPC has entered into force, the Court reasoned, it must be considered that generic companies may have complied with the decision and acted with respect to the assigned expiry date. In the interest of foreseeability, an entry into force of an SPC therefore speaks against a rectification of the expiry date. Before such time, the interest of the patentee to receive a longer SPC duration generally prevails.

The CJEU’s decision holds a different approach to the issue of legal certainty and balancing of interests. The Court says that the case at hand does not concern whether the national administrative body in question must review its decision, but whether that body must rectify the duration of the certificate. The balance between the requirement for legal certainty and the requirement for legality under EU law is, in such circumstances, different from matters concerning review of an administrative decision that has become final [to take account of the interpretation of a relevant provision of EU law which the Court has given subsequently]. A change, as requested by Incyte on the basis of Seattle Genetics is by its nature less capable of affecting legal certainty than the more substantive changes which require a review.

The Patent and Market Appeal Court found that the wording of Article 17.2 in SPC Regulation 1610/96 does not support an interpretation other than a right to appeal a decision of an authority where the date of the first marketing authorisation is incorrect. Neither does the preamble of the SPC Regulation or any decision from the CJEU imply that the objective of Article 17.2 is to provide for administrative re-examination, review, or other extraordinary remedy to change a decision which is final.

The question answered by the CJEU in Incyte had a slightly different focus, namely whether the date of the first marketing authorisation was incorrect within the meaning of Article 17.2. The Court concludes that yes, the date of the first marketing authorisation as stated in an application for an SPC is incorrect where the date led to a method for calculating the duration of the certificate which does not comply with the requirements of Article 13(1) after Seattle Genetics. Considering that there is no room for discretion of the national authority under Article 13 to decide the SPC term, and that rectification under the circumstances is not such as to affect legal certainty, the Court concludes that the holder of a supplementary protection certificate may bring an appeal for rectification of the duration stated in the certificate, if that certificate has not expired.

There now appears to be a final and very comprehensive route for requesting recalculation of SPCs after Seattle Genetics. Although it would be interesting to get the Supreme Court’s final word on the balance of interests for SPC applications, the main interest of the SPC holders has been satisfied by the Incyte judgement. Unfortunately, the CJEU didn’t elaborate on why the certificate must not be expired for an appeal for rectification to be allowed. Considering that the CJEU firmly says that the expiration of the SPC term is a function of Article 14 and Article 13, without subject to any discretion of the patent authority, and that the matter concerns only a rectification and not a review of the case, there is still an opening for questions.

The most obvious unclarity is whether a rectification has any implication on the actual term of the SPC, or if it would be possible to enforce a wrongfully calculated SPC to the full extent of the “Seattle Genetics term” without a formal rectification of the term. But for now, and at last, the burning questions on recalculation seem to have been answered.