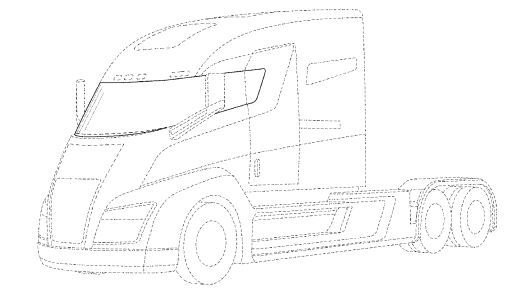 Nikola Corporation, more known as Nikola Motor, is a US start-up company developing fully-electric hydrogen powered semi-trucks and plans to deliver their first semi-trucks to customers in 2020. Tesla Inc. is a US company best known for their electric cars; Model S and Model X. In 2016 Tesla announced that they will be broadening their product portfolio with a battery-powered electric semi-truck and that production will begin in 2019.

Considering that the two companies have chosen different power sources – hydrogen vs battery powered – and that neither of the two companies actually have any semi-truck on the market, the fact that they are already fighting over the design of the truck makes it apparent that the expectations on the market value are great. This is also reflected in the fact that Nikola estimates its harm from Tesla’s infringement to be in excess of $2 billion.

These kind of claims are otherwise more often found within the smart phone industry, and especially between the giants Apple and Samsung. Noticeably, the battle with law suits and counter claims within the smart phone industry did not emerge this early – as it now has emerged within the electric semi-truck industry – even though both the introduction of smart phones and the change to electric semi-trucks may be regarded as disruptive innovations. One reason for that may be that the need for transportation is well-established and it now becomes a battle over a known market, whereas the smart phone market, at the introduction of the iPhone, still had an unknown value.

On 2 May, the stock price dropped about 4% in response to the news about Nikola Motors law suit. As a personal reflection, the current valuation of the Tesla shares is and will be more dependent upon when the difficulties associated with the manufacturing of model 3 are solved. Although the law suit filed by Nikola Motor is indeed a significant claim against Tesla, the ups and downs in the launch of the model 3 are in the long term far more important than this law suit. This is also reflected on the stock price on Nasdaq. The overall drop in stock price during the problems with the production of Model 3 has been in the order of 20-25%.