A new exemption from supplementary protection certificates (SPC) in the EU 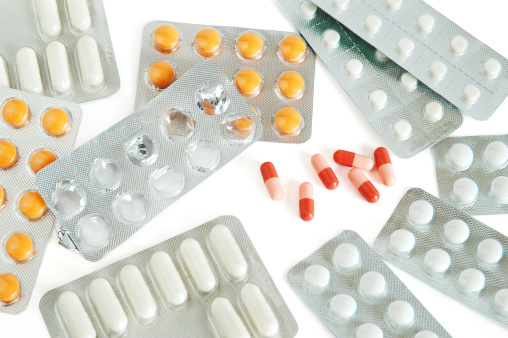 On 28 May, 2018, the European Commission published its proposal to amend Regulation (EC) No 469/2009 concerning supplementary protection certificate for medicinal products. Urged by the European Parliament, the Commission introduces a so-called manufacturing exemption for export purposes, also known as a “manufacturing waiver” to the protection conferred by the certificate.

The proposed amendment excludes enforcement of SPC rights for acts performed to make a medicinal product for the exclusive purpose of export to third countries.

The main reason behind the proposal is to give EU-based manufacturers of generics and biosimilars a better competitive position. Under the current SPC regime, the Commission says, SPCs have had the unintended consequence of preventing manufacturers of generics and biosimilars established in the EU from manufacturing, even for the exclusive purpose of exporting to third country markets in which protection does not exist or has expired. Further, and equally unintentionally, the protection conferred by an SPC makes it more difficult for those manufacturers to enter the Union market immediately after expiry of the certificate, because they are unable to build up production capacity until the protection provided by the certificate has lapsed. Consequently, these EU manufacturers are disadvantaged compared to manufacturers located in third countries where protection does not exist or has expired.

The Commission expects the changes to the SPC Regulation to not only contribute to Europe’s competitiveness as a hub for pharmaceutical R&D and manufacturing in general, but to specifically generate as many as 25 000 new jobs over the next 10 years.

To safeguard the interests of EU rights holders, the Commission proposes a notification system, under which the maker is required to inform the patent authority in the Member State where production is to take place before the intended start date. The information required encompasses i.a. details of the production and of the intended recipient third country, and shall be published by the authority.

Further, the proposed exemption is conditioned upon specific labelling requirements. The medicinal product shall be marked with a logo identifying the product as a product exclusively intended for the purpose of export to third countries.

It is also specified in the amended regulation that the exception does not admit placing the medicinal product on the market in a Member State where an SPC is in force, either directly or indirectly after export, or the re-importation of the product to the market of such Member State. Activities for the purpose of importing medicinal products into the Union for repackaging and re-exporting are still fully covered by the SPC.

The Commission has held online public consultations on SPC related issues. It is not surprising that most of the SPC holders responding to such consultations are opposed to the proposal, whereas generics/biosimilars manufacturers have confirmed the need for a manufacturing waiver. But also for such generics/biosimilars manufacturers, the proposal has its limitations. One such limitation is that the exemption is valid only for exports to non-Union countries. Supplementary protection certificates, albeit regulated by Union law, are national rights, each based upon a patent valid in the actual Member State where the certificate is applied for. Whereas the competitors of EU-based manufacturers may freely market and distribute their medicinal products in EU member states where the patentee did not succeed in obtaining an SPC (provided the necessary marketing authorisations are in place), the European manufacturers may not export their products to countries within the EU under the proposed exemption. No reason behind this limitation is put forward in the Commission’s proposal, it is just repeatedly emphasised that the exemption is applicable only to third countries. Such third countries are indeed often referred to in the proposal as “non-EU countries”. When reading through the proposal, I get the feeling that the Commission has assumed that patentees in Europe enjoy a fully harmonised implementation of the SPC Regulation and that all SPCs are actually EU wide, should the patentee wish to apply for SPC in all Member States. Knowing that we have a long way to go for EU wide SPCs, I am curious whether the Commission has limited the waiver to third countries in preparation of a future unitary SPC, or if it is meant to be a further safeguard or pro-balance for SPC holders?

The proposal also repeatedly emphasises that the manufacturing waiver applies to exports to non-EU markets where the SPC has expired or never existed. In fact, the Commission spells out that the “proposal will not affect the market exclusivity of SPC holders in the EU, as it will only impact on non-EU markets where protection does not exist or has expired”. However, the amended Article 4 of the SPC Regulation sets out an exemption applicable to acts which comprise “making for the exclusive purpose of export to third countries”. The wording “where the SPC has expired or never existed” is mentioned a few times in the preamble of the proposed amended Regulation, but not in the context of the proposed conditions of the manufacturing waiver. If the Commission specifically intends for the waiver to apply only for exports to countries where the medicinal product is not protected by a patent or SPC, it is very unfortunate that such wording is not included in the amended Article 4. It raises the question of whether an act of manufacture and export, which the generics/biosimilars manufacturer thought was waived, later can be deemed as covered by the protection conferred by an SPC if it is then resolved that the product was protected by a patent or an SPC in the third country? Such litigation would open up a whole new can of worms, I would think.

The manufacturing waiver is proposed to have an effect only on certificates granted on or after the entry into force of the amendment, providing the SPC holders time to consider their SPC strategies.

The Commission points out that the proposal for a manufacturing waiver is not part of the general revision of the SPC Regulation, and that a wider pharmaceutical incentives analysis is currently ongoing. We may therefore look forward to a whole lot more to discuss and analyse, in due time.