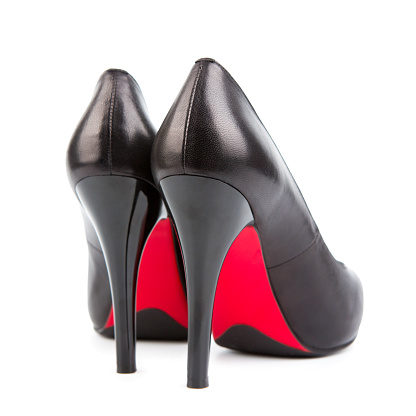 Today, the Court of Justice of the European Union (CJEU) stated that a sign such as the Louboutin’s trademark is intended purely to show the positioning of the red colour covered by the registration and not consisting ‘exclusively‘of a shape (Case No. C-163/16)

The French shoe designer Christian Louboutin is defending its BENELUX trademark registration of the below characteristic red soles of his shoes against an invalidation claim.

In 2009, Christian Louboutin applied for registration of the above Benelux trademark for footwear (the registration was later amended to ‘high-heeled shoes (other than orthopaedic shoes)” in class 25 – and described as “the mark consists of the colour red (Pantone 18‑1663TP) applied to the sole of a shoe as shown (the contour of the shoe is not part of the trade mark but is intended to show the positioning of the mark)”.

The Dutch retailer Van Haren initiated an invalidation claim after Christian Louboutin’s infringement action against them based on the Benelux registration.  Van Haren argued that the registration was limited to a two-dimensional figurative mark that consists of a red coloured surface.

The invalidation claim was rejected by the Dutch court, which found that the specification, taking account to, in particular, the description, the shape of the shoe, as illustrated in the graphic representation of the mark at issue, is not intended to reduce the sign to a two-dimensional mark, and the Dutch court perceived the registration be intended as a positioning of that mark.

The above-said Dutch court went on by stating that the red sole gives substantial value to the shoes marketed by Christian Louboutin as the colour forms part of the appearance of the shoes and plays an important role in a consumer’s decision to purchase them.

The said reasoning is based on an absolute ground for invalidation according to national trademark legislation as well as Article 3(1)(e)(iii) of the European Trademark Directive (2008/95/EC).

The Dutch court also noted that Christian Louboutin first used red colouring on soles for aesthetic reasons and only later started regarding it as an identifier of origin and using it as a trade mark.

The Dutch court stated that, since the mark consists of a colour which is applied to the sole of a shoe and is thus also an element of the product, the question arises as to whether the exception set out in Article 3(1)(e)(iii) of Directive 2008/95 applies to that mark and stayed the proceedings and requested a preliminary ruling from the CJEU as  it was unsure whether the concept of ‘shape’, within the meaning of that provision, is limited solely to three-dimensional properties of a product, such as its contours, measurements and volume, or whether that concept also covers properties that are not three-dimensional.

Today, the CJEU has answered the Dutch courts referred question.

In short, the European Court of Justice states that the definition of ‘shape’ in Article 3(1)(e)(iii) of Directive 2008/95 must be determined by considering its usual meaning in everyday language, while also taking into account the context in which it occurs and the purposes of the rules of which it is part.

Furthermore, the CJEU concludes the mark at issue does not relate to a specific shape of sole for high-heeled shoes since the description of that mark explicitly states that the contour of the shoe does not form part of the mark and is intended purely to show the positioning of the red colour covered by the registration and that a sign, such as that at issue in the main proceedings, cannot be regarded as consisting ‘exclusively’ of a shape, where, as in the present instance, the main element of that sign is a specific colour designated by an internationally recognised identification code.

Thus, the outcome of the CJEU’s judgment in the much discussed Louboutin case is that a mark consisting of a colour applied to the sole of a shoe is not covered by the above-said prohibition of registration of shapes as trademarks.

Considering the registration’s explicit description, the outcome seems very reasonable. This judgment surely pleases Christian Louboutin. It is now up to the Dutch court to decide on the validity claim and proceed with the infringement claim.