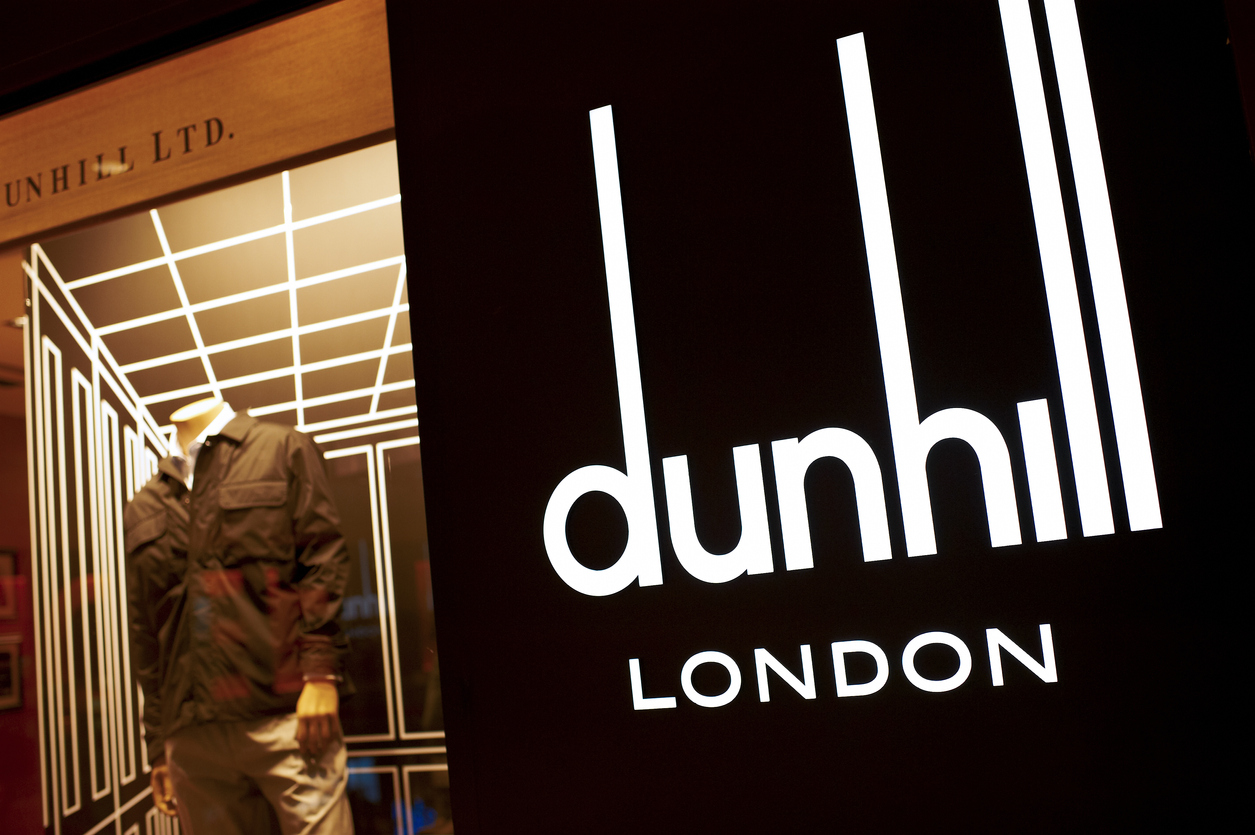 The court also determined that Danhouli was guilty of unfair competition practices and found the individual in charge of the Chinese company personally liable for infringement.

Media channels around the world called it a landmark win for trademark litigation in China. There is no doubt that this is a win for Dunhill and that the damages awarded are signicant. However, before conclusions can be drawn as to whether this is truly a landmark case, some of the details leading to the judgment must be considered.

The adverse party selected a similar-sounding name – Danhouli – and replicated the elongated vertical lines and lower-case lettering of the Dunhill logo – essentially creating a copycat brand identity (see comparison below).

Both Dunhill and Danhouli had registered trademarks in China. Below are application records for Danhuoli filed by the defendants.

Meanwhile, Dunhill filed a trademark application for the word mark below in connection with clothes and fashion items in Class 25 in 1982, which was granted in 1983 and remains valid.

A subsequent registration included the stylised mark below, which was filed in 1996, registered in 1997 and remains valid.

From 2002 to 2007, Dunhill further filed applications for the following series marks in Class 25:

Dunhill also has prior registrations for series marks in Classes 18, 24, 26 and 35. All of these registrations were granted many years before Danhouli’s applications in such classes.

This has been a long battle for Dunhill – its win here did not happen quickly and would have been part of a major effort on its part against the infringing party.

One of the determining factors in this case was Dunhill’s early registrations on all fronts. Without this it is possible that the case could have gone another way.

This case serves as an important reminder to trademark owners to remain vigilant in this market – early registration is essential as China is a first-to-file regime.

Danhouli had been operational for years by the time the case was heard by the Intermediate People’s Court in Foshan. Not only was it operational – it was incredibly successful – with close to $15 million in annual revenue.

The infringing mark was incredibly similar to Dunhill’s and in many jurisdictions this case could have been an easy and early victory. In China, enforcement of trademark rights is a long process. In practice, judges are reluctant to find trademark infringement unless marks are identical.

The amount awarded ($1.5 million) is definitely the exception rather than the rule. It is rare to see damages this high and until it becomes commonplace trademark owners cannot expect this kind of award.

China is a challenging jurisdiction from an IP perspective. Even though the landscape is changing and the business community has felt an increase in enforcement and witnessed positive legislative changes, it is important for IP owners to remain vigilant.

This is especially true for trademark owners, as the market is so crowded. The China Trademark Office received a record breaking 5.748 million applications in 2017. Not only is this the highest number of applications from a single country in the world but the pace shows no sign of slowing down as that number is up 55.7% year on year.