A closer look at the countries that have ratified the UPC 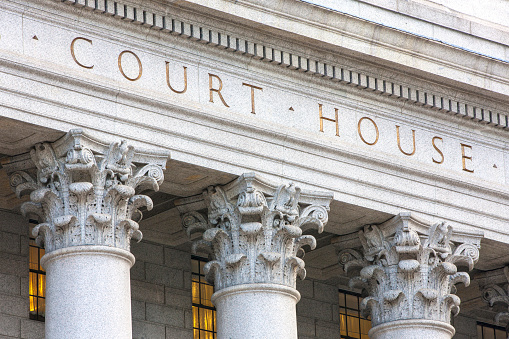 Considering that the UK now has ratified the UPC agreement, the entry into force of the system seems imminent although the German Federal Constitutional court still have to settle the complaint filed during 2017. If the complaint is dismissed, we will probably see the UPC opening up in 2018.

In general, the UPC will have a Court of First Instance, which in turn will be divided into local, regional and central divisions and a Court of Appeal seated in Luxembourg. There will also be mediation and arbitration centres, for instance one in Ljubljana. The courts may have local or regional judges as well as from a pool of judges. The central divisions will briefly handle all revocation actions, in the language in which the European patent was granted, and the local and regional divisions will handle, amongst other cases, infringement actions.

The very first country to ratify was Austria which signed their ratification as early as August 2013. Austria has announced that a local division court will be set up in Vienna, acting in English and German.

The U.K., who despite the referendum to leave the EU, now recently has deposited the ratification instruments, is the second country to host a central division court in London. This court will be directed to mainly patent classes related to human necessities.

Denmark held a referendum in May 2014, and the government was then able to proceed with the ratification process in June the same year, and a local court will be set up in Copenhagen, acting in Danish and English.

Although it was foreseen by some, Finland that ratified in January of 2016, will not join Sweden in a regional court. Instead a local court will be established in Helsinki, acting in Finnish, Swedish and English.

Sweden ratified the agreement rather early (June 2014) and has since then decided to set up a Nordic-Baltic regional division in Stockholm, together with Latvia, Estonia and Lithuania, all of which have also ratified the agreement now; Latvia as recently as in January 2018. This court will however act in English only and will have two regional judges iaddition to one judge from the pool.

Italy is also an interesting country seeing they first challenged the legality of the enhanced cooperation with Spain, but after these challenges were dismissed, moved on and signed the ratification in February 2017. Italy was in the running for taking over U.K.’s position for hosting a central division, but will now have to settle for a local division in Milan. The court will act in Italian and English. There are also plans of possibly opening up a regional court for handling proceedings from the nearby, but much smaller, Balkan countries.

Belgium ratified the agreement in 2014 and Luxembourg, who will be hosting the Appeal court, ratified in 2015. Belgium will host a local division, acting in all three national languages and in English.

In the adjacent country, the Netherlands, a local division will be seated in the Hague, where litigation will take place in both Dutch and English.

Both Bulgaria and Malta have also ratified the agreement, but none of these countries will probably host a local or regional division. This means that their patent cases will be handled before the central division.

Out of the countries that still have to ratify the agreement, Germany is the one having the most advanced plans regarding local courts. In addition to the central division, seated in Munich, Germany – which is the country that already sees most of the patent litigation taking place in Europe – will also host the maximum of four local courts that is allowed. These local courts will be seated in Düsseldorf, Mannheim, Hamburg and Munich. As far as the languages of these local courts, it’s up to court to decide. For now it seems as if English will be allowed in addition to German.. It has been foreseen that the court in Düsseldorf might apply a limited rule, in which judgement will be passed in German only. The central division on Munich will handle cases related to mechanical engineering.

This leaves Cyprus, Czech Republic, Greece, Hungary, Romania, Slovenia and Slovakia to ratify. Poland and Spain are unlikely to ratify the UPC agreement anytime soon. However, Croatia, a country that joined the EU in 2013, is already preparing to join the UPC.