Clarifying the patentability of medical use inventions in China 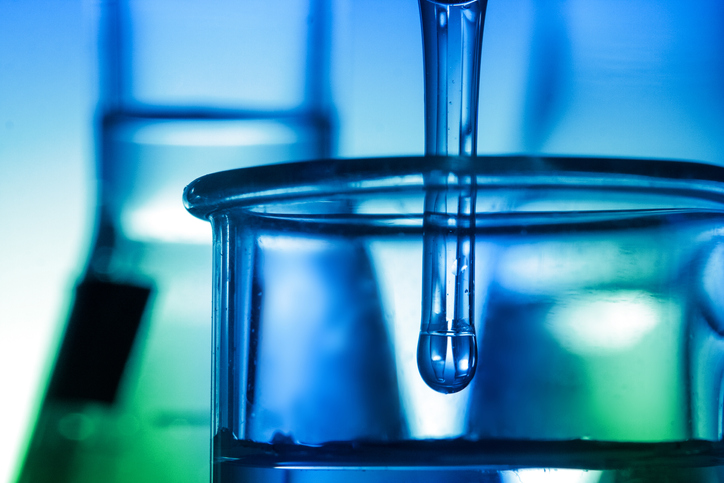 At the end of 2019, the new Coronavirus (2019-nCoV) emerged. It has gone on to infect millions of people worldwide and so far, claimed the lives of over a quarter of a million people. COVID-19 has disrupted the world economy like never before. At the same time, it has brought unprecedented global attention to disease prevention, control and drug development. On January 31, 2020, the New England Journal of Medicine reported that in the treatment of the first 2019-nCoV patient in the United States, Gilead’s research drug Remdesivir (an anti-Ebola and MERS drug under development) was found to have positive therapeutic effects. Remdesivir underwent clinical trials in China, but the study was terminated early due to low enrolment and as the situation improved, it was difficult to draw statistically meaningful conclusions. On April 29, 2020, Gilead announced that its drug Remdesivir has a positive effect in the treatment of COVID-19 from a phase three trial of the drug. Shortly after this, Gilead received special permission by the Food and Drug Administration (FDA) to distribute Remdesivir as an emergency treatment for COVID-19.

In early February, it was reported that the Wuhan Virus Research Institute had applied for a patent for the use of Remdesivir in the treatment of the new coronavirus on January 21, 2020. The news went viral, with various voices opposing the Institute for snatching the patent. However, this is due to the nature of China pharmaceutical patents and common misconceptions reported by the media leading to a misunderstanding from the general public. This confuses product inventions of new pharmaceutical compounds with medical use inventions for new uses of existing compounds in the patent field. This article will use this opportunity to clarify the concept of inventions for medical use, the protection modes of medical use inventions in different countries and the patentability of inventions for medical use in China.

Medical use inventions and patents

As a leading pharmaceutical power, the United States provides the broadest patent protection available for inventions of medical use. The US allows the method of treating a disease as a patentable subject, and at the same time also relieves professional medical personnel of their liability for infringement of patents on the use of medical methods when engaging in medical activities in order to avoid humanitarian and social ethical risks. The US patents not only protect pharmaceutical products and preparation methods, but also provide protection for new drug indications, new routes of administration and dosage. For the invention of medical use, the United States Patent and Trademark Office (USPTO) allows claims to be written in the form of a medical method, namely: “a method for treating disease Y, wherein the method comprises…”

Unlike the United States, most jurisdictions and regions in the world like Japan and China do not provide patent protection for the methods of treating a disease. For example, Article 25 of the PRC Patent Law stipulates that the diagnosis and treatment of a disease is to be listed as one of the subjects for which no patent rights shall be granted.

The Japanese Patent Office (JPO) does not grant patent protection for the treatment of diseases. To this day, JPO still allows the use of Swiss-type claims. JPO also allows claims to be written in the following form: “a medicament comprising substance X” thereby obtaining a protective effect similar to that of the first medical use in Europe. In the case of the second medical use, JPO allows claims to be written in the following form: “a pharmaceutical composition or formulation for the treatment of disease X, said composition or formulation comprising compound Y”. Similar to the opinion of EPO, JPO allows the use of medication characteristics as technical features to be written into the claims, thereby obtaining a wider scope of protection. The patent protection provided by Japan for medical uses is relatively flexible.

As for the medical use patent, the China National Intellectual Property Administration (CNIPA) has learned from the earlier practice of EPO, allowing that the medical use patent can be written as Swiss-type claim. Unlike the relevant provisions of the European Patent Convention, the CNIPA does not recognise the novelty of known compounds or compositions that are used in medical applications for the first time, so there is no distinction between “the first medical use” or “the second medical use” under current Chinese practice. For both of the medical uses, it is usually necessary to adopt the drafting form of a claim for use in preparation of a medicament, the Swiss-type claim to seek patent protection.

By writing a Swiss-type claim, the medical use (treatment method) of a substance is actually written into the pharmaceutical use of the substance in the preparation of a medicament for treating a disease, wherein the subject of the Swiss-type claim is a method of preparing a medicament. In Chinese practice, this has led to controversy as to whether or not the medication characteristics such as the dosage, the method of administration, the subject of administration and the like should be considered as technical features with limiting effects, hence contributing to the novelty and inventiveness of the patent application.

Patentability of medical use inventions in China

Swiss-type claims formally protect the pharmaceutical use in preparation of a medicament, but what it really protects is the new medical use of the substance, which is essentially the use to treat diseases, where the treatment of diseases inevitably involves the characteristics of administration, including the subject, mode of administration, route, dosage and time interval. Many jurisdictions and regions in the world (including the United States, Europe and Japan) are open to such medical use inventions and their regulations or jurisprudence have recognised the administration characteristics as limiting the claims.

By adopting Swiss-type claims, in Chinese practice the medical use inventions are actually classified as method inventions and the subject matter to be protected is pharmaceutical use. The basic principle of the CNIPA in the substantive examination is to examine the medical use inventions from the perspective of the claims of the medicament preparation method. Guided by this principle, Chinese Examination Guidelines point out that by judging whether these medication characteristics have a substantial limiting effect on the pharmaceutical use, rather than just being reflected in the medication process, it can only then be determined whether the technical characteristics related to the medication, like the subject, mode of administration, route, dosage and time interval have a limiting effect on the claims for pharmaceutical use.

The Supreme People’s Court (SPC) expressed a similar view in the retrial ruling (Administrative Ruling (2012) ZhiXingZhongZi No.75) directed to the patent invalidation case of Cubist Pharmaceuticals, Inc. The SPC held that since the Swiss-type claim restricts the behaviour of a manufacturer manufacturing a certain pharmaceutical product, its technical characteristics should still be analysed from the perspective of method claims. The raw materials, the preparation steps and process conditions, the form or composition of pharmaceutical products and equipment usually play a limiting role. For features that only involve the medication method of using the drug, such as the dosage of the drug and the time interval, if there is no direct correlation between these characteristics and the pharmaceutical method, it is essentially a specific medication method for administrating the drug to the human body after implementing the pharmaceutical method and obtaining the drug. They have no direct and necessary correlation with the pharmaceutical method.

The views of the Chinese patent administration and judicial authorities are consistent with Swiss-type claims, whether the drug administration characteristic is directly related to the pharmaceutical method determines whether it has a limiting effect. The following technical features commonly found in Swiss-type claims will be discussed in further detail below.

The key innovation of the medical use invention is that a known substance or drug can be used to treat a new indication, which is different from those already known in the prior art. Therefore, even if different indications do not affect the preparation process of a drug, the administrative authorities nor courts have ever denied the limiting effect of the indications on claims for pharmaceutical use inventions.

In some cases, the court has recognised that the dosage used in the medication process has a limiting effect on the claims, so it is believed by some that the characteristics of the dosage can be reflected in the pharmaceutical process as a limitation on the unit dose package. However, as China is not a case law system, the court’s decision is not binding. At present, the mainstream view of the CNIPA on the dosage is that the change in the dosage is only reflected in the medication process and is achieved by the doctor’s treatment behaviour, without intervening in the pharmaceutical process. It is therefore not recognised that this feature has a limiting effect on the claims for pharmaceutical use.

The concept of a dosing regimen covers a wide range, including but not limited to time intervals, contraindications to medication, combination medications and so on. The CNIPA generally believes that these features are closely related to the doctor’s treatment behaviour. They are only reflected in the process of treating diseases with drugs and have no direct connection with the manufacture of drugs. It is therefore not recognised that this feature has a limiting effect on the claims for pharmaceutical use.

When applying for patents in China for medical use, foreign applicants must consider the attitude of the CNIPA regarding the medication characteristics of Swiss-type claims and adopt appropriate application strategies.

If the technical solution includes technical features such as subject, mode and route of administration that are different from the prior art, and it can be demonstrated that these technical features can change the pharmaceutical process, then Chinese examiners are expected to recognise that these features have a limiting effect on medical use claims, thereby increasing the possibility of such medical use claims being granted a patent right in China.

If the technical solution only includes technical features such as the dosage and the dosing regimen to distinguish it from the prior art, then the Chinese examiner is likely to believe that these features have no limiting effect on the claims for medical use and that they are deemed to be non-existent, leading to the rejection of patent applications. Under such circumstances, the applicant should carefully consider whether it should take time and energy to apply for a patent for such a technical solution in China.

While there are a multitude of changes to the Chinese intellectual property regime, there are no signs of shifting attitudes from the CNIPA or the courts when it comes to medical use patents. Applicants that understand the differences between regimes can save precious resources in the long run by taking the time to understand China’s unique patent practice for medical use inventions.