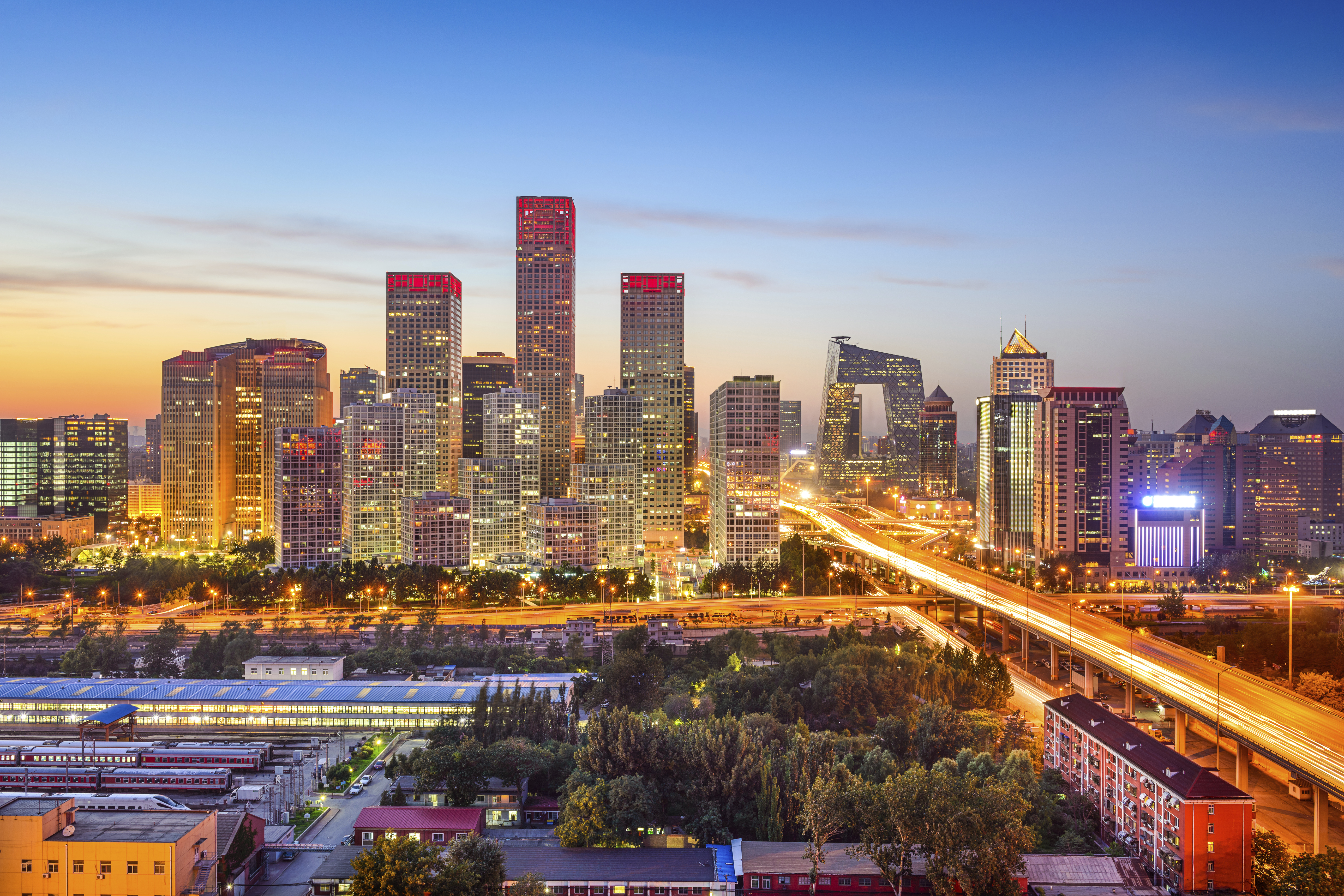 For the first time in 11 years China broke into the world’s top 20 most innovative economies in the Global Innovation Index for 2018. The report – which was jointly published by Cornell University, INSEAD and the World Intellectual Property Organisation – annually ranks 126 economies based on 80 indicators. China’s number 17 ranking is a breakthrough and highlights an economy witnessing rapid transformation, guided by favourable government policies that prioritise research and development-intensive ingenuity.

China’s inclusion in the Global Innovation Index reinforces the developments that the business community has witnessed on the ground over the past year. In particular, the government has stepped up its efforts to allow for effective protection and enforcement of IP rights in accordance with the law – not only to please or appease foreign investors, but also for the benefit of domestic companies as they grow in stature and relevance on the world stage.

China is no longer satisfied with being the factory of the world; it is seeking to be a place that supports and originates innovation. Today, China is the world’s second-largest economy, just after the United States. The Global Innovation Index ranking demonstrates how far China has come in establishing itself as an economic superpower and how it is using innovation to maintain a competitive advantage on the global stage.

This chapter discusses some of the most significant developments as China’s nurturing of innovation continues to pick up momentum and speed. It also considers some of the potential issues that IP owners may face as a result.

Qihoo 360 claimed that Jiangmin’s software ‘Optimisation Expert’ displays the same design as its patent and constitutes direct infringement and even though the GUI patent scope is limited to computer products, contributory infringement is constituted.

The court found that in relation to direct infringement, the patent’s scope was limited to computer products. The infringing software was provided to users by the defendant, but it was not a product in the same or similar category as a computer, thus it did not fall within the patent scope.

The case generated much discussion within the IP community, with many worried that GUI patent assets may turn out to be devoid of any value following the court’s decision. This hits hard for many patentees, as more GUI design patent applications have been filed since the revision by the State Intellectual Property Office (SIPO) to the Patent Examination Guidelines accommodating products incorporating GUIs in May 2014.

Examiners tend to believe that goods incorporating design patents can be physical products only, not software, which leads applicants to associate their designs with hardware – for example “computer with GUI” (in *Qihoo*). This highlights the difficulty with GUI design protection in China: patentees must specify the GUI as carrying hardware in order to be issued, but this limits the scope to such an extent that the software developer may evade infringement because it makes no hardware connected to the GUI.

For IP owners the decision underlines the necessity to protect a partial design within China’s legal framework. The upcoming fourth amendment to the Patent Law is encouraging because if passed in the form in which it is currently drafted, it may recognise the eligibility of partial designs for patent protection, providing stronger security not only for whole GUIs, but also for GUI design features.

According to the State Council Legislation Plan 2018, the draft of the amended Patent Law will be submitted to the Standing Committee of the National People’s Congress for deliberation. It is expected that the amendment will be issued in its current form later in 2018.

China’s efforts and determination to protect intellectual property are clearly paying off as the country cements its position on the world stage as an economic superpower.

In April 2018 the Higher People’s Court of Guangdong – one of China’s most important venues for IP disputes – issued guidelines for hearing standard-essential patent (SEP) disputes. The guidelines follow the European Commission’s communication on Setting out the EU Approach to Standard-Essential Patents (released in November 2017).

The guidelines provide that the rights of patent owners, licensees, implementers and the public must be balanced. Courts in China may exercise extra-territorial jurisdiction when a SEP dispute is brought in China relating to licences with international reach. The fair, reasonable and non-discriminatory (FRAND) principle requires good-faith negotiations from both parties, but not specific outcomes. In particular, the guidelines set out a list of activities that the court deems to be evidence of bad faith from patent owners and licensees or implementers.

The guidelines are the first complete directive document dedicated to trying SEP disputes in China. It comes as no surprise that the Guangdong High Court provided the first regulation as it has been at the forefront of SEP litigation, dealing with more than 20 cases including high-profile ones such as *Huawei v Samsung* and *ZTE v IDC*.

The guidelines detail important aspects of:

The guidelines bring Chinese SEP practices in line with EU and US standards. As China is one of the biggest markets for information and telecoms technologies, the guidelines provide additional confidence to international companies engaged in this field.

China has witnessed an increasing number of SEP cases brought by international companies. Sometimes both parties are foreign, as they consider a Chinese court a better forum than a home court. Although the jurisdiction of the guidelines is limited to Guangdong Province, the guidelines can be expected to be persuasive for courts around the country, as they provide valuable guidance for trials of SEP disputes.

Southern China’s courts have the most experience in hearing high-technology and telecoms-related disputes, with the Guangzhou IP Court and the Shenzhen Intermediate Court the preferred venues for these kinds of dispute when forum shopping.

In June 2018 the Supreme People’s Court of China issued the Draft Provisions on Several Issues in Adjudicating Patent Granting and Affirming Administrative Cases. This is the first time that the court has issued a judicial interpretation concerning patent examination and validity in China. The provisions are intended to consolidate the rulings and consensus among Chinese judges on the way that patents should be examined and validity issues reviewed. The draft provisions have undergone public consultation and are subject to the court’s review and approval.

The draft provisions clarify important issues in court hearings relating to patent validity, which may not have been handled consistently by different courts in practice. Regarding claim construction, the Supreme People’s Court of China appears to be encouraging the courts to interpret ambiguous terms in the claims towards the validity of the claim, provided that the terms can be understood by those skilled in the art based on the teachings of the patent or by referring to the common knowledge in the pertinent art.

The draft provisions also emphasise the importance of sufficiency of disclosure, specification clarity and sufficient support of the claims in deciding patent validity cases. Although failure to comply with these are all grounds for invalidation, historically very few patents have been invalidated on these grounds. The draft provisions could be read as a signal that the court wishes to promote high-quality patents and encourage knowledge dissemination of new technology and innovation.

The amendments to the Patent Examination Guidelines in 2017 allowed for an experimental date to be submitted at a post-filing stage. The draft provisions clearly provide that the supplementary experimental data for proving enablement and certain technical effects should normally be accepted by the court, as long as such technical effects can be readily derived or confirmed by those skilled in the art. It is believed that the relevant articles in the draft provisions are pro-patentee, particularly for those in the pharmaceutical and chemical industries.

Further pro-patentee articles include the party’s burden of proof for common knowledge in the pertinent art, which is frequently used by examiners to raise patentability rejections in practice and design space explanation of the product incorporating the design patent. This may help the courts deliver positive decisions for validity of designs with minor distinctions from prior arts because of the limited design space.

China’s place on the Global Innovation Index has been well noted by the global IP community. The government will want to maintain and even increase its position in future, so there is little doubt that it will continue to foster innovation. The fourth amendment to the Patent Law (if passed in its current form) will provide greater protection as partial designs are recognised and GUI owners may be able to claim protection at a later stage based on a previous priority design application.

The SEP guidelines from the Guangdong High Court showcase the country’s ability to align its practices with EU and US standards. This will no doubt prove fruitful in the eyes of international companies – which is already emerging to a certain extent, as there have been two foreign parties in SEP cases. While the jurisdiction of the guidelines is limited to Guangdong, it is a step in the right direction and it will be interesting to see how far the reach of the guidelines extends throughout the country.

Given China’s size, it is understandable that not all claims regarding patent validity have been handled consistently in the past, but the Supreme People’s Court of China draft provisions clarify important issues and provide a unified framework. The said, the draft provisions appear pro-patentee, particularly for those in the pharmaceutical and chemical industries, which will entice companies in these fields to innovate further.

China’s efforts and determination to protect intellectual property are clearly paying off as the country cements its position on the world stage as an economic superpower. The pace of reform and rapid development of the Patent Law is impressive, especially in light of the fact that the Chinese patent system has a mere 30-year history.

Part of China’s continued success hinges on a strong legal framework that protects and enforces innovations, especially as it seeks to build a knowledge economy. The IP protection framework is improving, not only to attract and retain foreign businesses, but also to create a promising and rewarding IP ecosystem for the ever-growing IP rich sectors in the domestic market, be it the internet-of-things, artificial intelligence, financial technology, life sciences, electronics or telecoms.

This article first appeared in IAM Yearbook: Building IP value in the 21st century 2019, a supplement to IAM, published by Globe Business Media Group – IP Division. To view the guide in full, please go to www.IAM-media.com.

White Paper – The Business Case for a Circular MedTech Sector