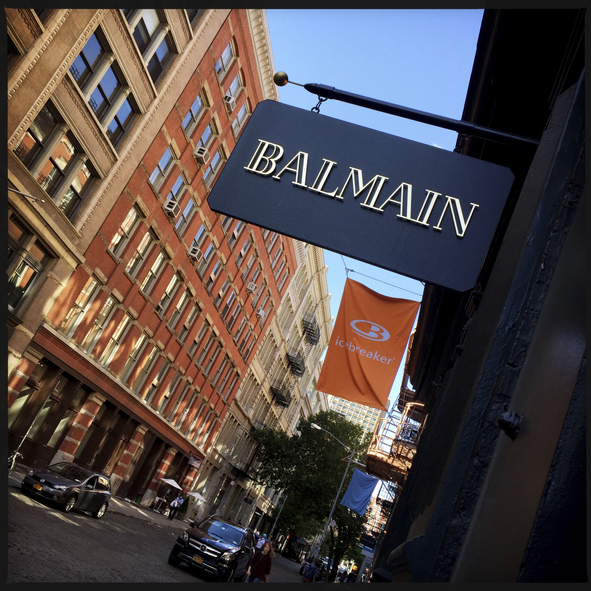 Balmain is a French luxury fashion house founded in 1945, which operates globally across 16 stores. In addition to its iconic logo and coat of arms, Balmain uses a lion’s head encircled by rings as a part of its collections and collaborations.

On 23 November 2017 Balmain submitted two applications to the EUIPO to register figurative marks consisting of a lion’s head encircled by rings in five different classes:

The figurative marks are depicted below:

These marks were registered for goods in Classes 9, 18 and 25. However, the EUIPO examiner rejected the registration for goods in Classes 14 and 26, citing a lack of distinctive character. This decision was appealed, but the Fifth Board of Appeal of the EUIPO confirmed the examiner’s decision. A further appeal to the General Court was made and a decision was handed down on 5 February 2020.

One of the main points raised in Cases T-331/19 and T-332/19 was whether a specialised target public would have an impact on the distinctive character of the trademark.

Balmain attested to the General Court that all of the goods in Class 26 would be targeting a professional public, which should be given decisive weight. However, the court stressed that, just because the specialised public would have a higher degree of attention, it does not follow that this would make up for a sign with a low degree of distinctiveness.

The court confirmed the Board of Appeal’s finding that only one product could be seen as intended for a professional public, whereas the remaining goods were intended for the EU public at large. This was snap buttons for shoes (fasteners), for which the relevant public was that of the fashion sector, namely a professional public, who would pay special attention to these products. It further summarised that neither the level of attention of the relevant public nor the fact that the relevant public was specialised are determining factors when assessing the distinctive character of a sign.

Distinctiveness requires the relevant public to be able to identify the trademarked product as coming from a specific company and therefore distinguish it from those of other companies.

Another main point was whether the lion sign was distinctive. Balmain claimed that the marks were the result of artistic creation as they were fanciful and original graphic representations of a lion’s head. However, the court found that this would not contribute to determining distinctiveness.

The court noted the number of buttons, cufflinks and jewellery on the market that feature a lion’s head and maintained that this should be given decisive weight. The marks applied for in Classes 14 and 26 were not sufficiently removed from designs frequently used in the market.

Had Balmain been able to overcome the finding that a lion’s head is often associated with all kinds of buttons, the case could have gone the other way.

For Classes 14 and 26, Balmain will likely have to accept that it does not hold an exclusive right in this area or amend the figure to be more distinctive. It is unlikely that the decision will be appealed, since the Court of Justice of the European Union will consider legal arguments only.

If a company is seeking a strong trademark, the focus should be on creating one with a clear distinctive character.