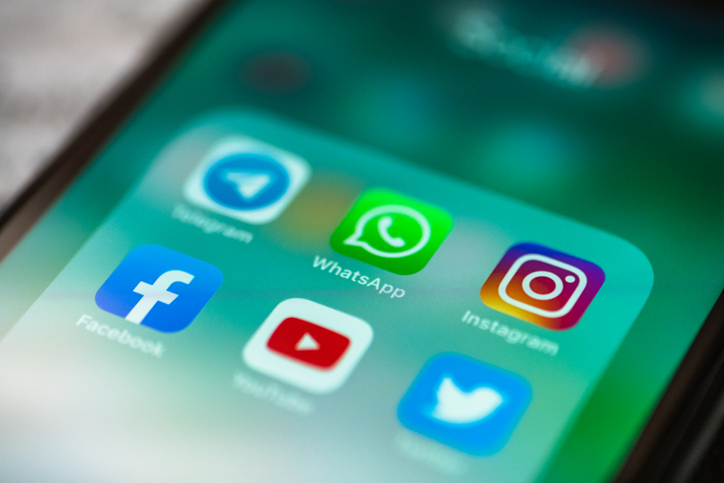 With a reported total of more than 500 million users globally, many of us will have used or at least heard of WhatsApp. In a recent decision dated 24 September 2020, the Board of Appeal for Industrial Property Rights ruled against WhatsApp in its appeal against an earlier decision of the Norwegian Industrial Property Office (NIPO) refusing to register its logo (depicted below) for various types of software in Class 9, telecommunication services in Class 38, computer software in Class 42, and encryption and security services in Class 45.

Both NIPO and the Board of Appeal concluded that the trademark was unable to function as a “symbol of commercial origin”. The level of distinctiveness of the mark was deemed inadequate and, consequently, the mark could not be entered on the registry under Section 14 of the Norwegian Trademarks Act.

The Board of Appeal pointed to the fact that fairly generic graphical representations of a “classic” telephone handset against a background with contrasting colours are commonly found and seen. For example, these types of graphical representations are often used to signal to consumers how to contact a business or where to find the helpdesk. Moreover, such icons often refer to a company’s general contact information – beyond its telephone number – by directing users to the company’s email address or chat service.

Traditionally, the threshold for trademark distinctiveness has been quite low in Norway. Despite this low threshold, the Board of Appeal still concluded that the mark did not have the necessary level of inherent distinctiveness.

WhatsApp argued that the mark should nevertheless proceed to registration based on distinctiveness acquired though use. Put simply, WhatsApp felt that it was too big in Norway to have its application declined.

Section 3(3) of the Norwegian Trademarks Act allows for the establishment of trademark rights, without a prior administrative application and registration, by virtue of extensive use. Such trademark rights are considered to be established through use when, and as long as, the mark is well known in the relevant trade circles as being a company’s distinctive sign for the relevant goods and services.

Both NIPO and the Board of Appeal are known to be strict when assessing the underlaying documentation supporting such a claim under Section 3(3). If the documentation to prove acquired distinctiveness does not meet this threshold, then the applicant can expect a rejection.

The Board of Appeal stated that parts of the documentation filed showed a different graphical representation of the mark. Instead of just documenting use of the logo depicted above, the documentation proved use of the mark in combination with the word element ‘WhatsApp’. The fact that WhatsApp was the most commonly-used chat application in Norway in February 2014 (according to figures from the Norwegian Apple App Store) did not seem to help its case either.

The case shows that it is absolutely crucial to make the proper preparations in terms of supporting documentation when arguing that a mark has acquired distinctiveness through extensive use in the Norwegian marketplace. WhatsApp may bring the case before the District Court for another chance to appeal by 24 November 2020. There is little doubt that WhatsApp is a large provider of messaging services in Norway and, with the right documentation, it can expect its mark to be registered.