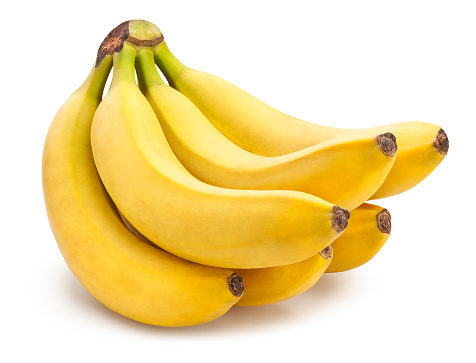 Thirteen defendants have been criminally prosecuted in Shanghai for selling goods under illegally manufactured labels, reinforcing the tough stance that the authorities have been taking in counterfeit food cases.

The presiding judge in these cases stated:

Each of the six cases shared three common elements: first, 13 individuals are being prosecuted for the sale of illegally manufactured trademarks; second, the defendants operated in the same industry and engaged in the sale of packaged fruits across agricultural wholesale markets and fruit marketplaces; three, the essential points of each of these cases were similar.

The court found that nearly 1.1 million pieces of fruit bearing counterfeit labels of imported fruit brands, such as Dole, Zespri and Sunkist, had been sold over an unspecified period of time.

The harshest sentence handed down by the court went to Mr Ji, who sold fake stickers at his store and via the Internet. He was caught by police at his store in May 2017 and 141,000 stickers were seized. Police discovered that he had sold over 40,000 fake stickers; he received a prison sentence of two years and eight months and a fine of Rmb9,000.

For example, in January 2017 officers from China’s Ministry of Public Security detained seven people in connection with a large-scale operation which involved close to 50 factories. The factories manufactured fake versions of widely-used food seasonings and used fake labels of brands such as Maggi, Knorr, Nestlé and Lee Kum Kee. The Chinese authorities formed a joint legal enforcement team of approximately 180 people to investigate the scandal in Tianjin’s Jinghai district.

In addition, in February 2016 the Shanghai Jiading People’s Court fined the China-based arm of food supplier OSI Group Rmb2.4 million and handed down prison sentences of up to three years to 10 employees who were involved in selling expired meat to fast-food chains such as McDonald’s and KFC.

The most notable story, however, was the high-profile 2008 milk scandal, where milk and infant formula, along with other food materials and components, were contaminated with melamine, resulting in a Chinese court condemning two men to death and sentencing a third to life imprisonment.

Since the milk scandal, China has been trying to clean up its reputation with regard to food safety. Prison sentences and fines handed down in counterfeit food cases can act as an effective deterrent to potential future infringers. It also appears that the authorities take such cases extremely seriously when it comes to follow-up investigations and active prosecution, compared to cases where only commercial interests are involved.

A leading official of the court, Mr Xu Jun, stated that the convictions in the fake label cases highlighted the efforts of the judicial court to combat both IP violations and the manufacture and sale of counterfeit goods. “[The defendants] infringed intellectual property rights, which was bad for the business environment,” said Xu. Between 2015 and 2017, the court heard 11,787 cases relating to IP rights infringement, accounting for nearly 40% percent of cases.

The attitude of the authorities in counterfeit food cases is hard-hitting, as there is an overriding public policy interest in bringing back confidence in the Chinese food industry; the sale of fraudulent goods harms both consumers and brand owners. This is in contrast with cases where only commercial interests are involved.

It will be interesting to see whether 2018 brings more of these investigations and prosecutions. However, statistics show that, at the end of 2017, the total number of qualified registered trademarks in China reached 14.92 million, the highest number in any country worldwide.

These numbers cement just how crowded China’s trademark space has become in recent years – and pose practical issues for IP owners as they try to secure registrations and enforce IP rights. The courts and administrative authorities will also face challenges as they try to keep pace with the resulting actions and cases.